→ Berlin's biggest cultural festival, «48 Stunden Neukölln» features over 600 separate events on a single weekend in June. Two designers, Thomas Lehner and Dirk Heider, created a visual identity for this unique project by employing a custom style of Arouet, a family of typefaces that I hope to release with FamiraFonts in 2017.

A close view of the deck in Arouet-Neukölln on newsprint. Photograph with kind permission by Tanja Kapahnke, © 2012.

The choice of typeface for the editorial text as well as the event listings, fell on Arouet, which at that point was available to Thomas in an early beta version in three optical weights. But I had designed it with very small text in mind and Arouet was just a little too wide for the purpose the two designers had in mind. So Thomas approached me around Christmas and put the idea to create a narrow version of Arouet into my mind. Through the holidays I started drawing two very condensed masters. That way I would be able to interpolate any width in any optical weight.

As time to design the program drew closer, Dirk and Thomas joined me in my studio for a day, and together we found the perfect combination of features in the type design of Arouet to serve their very specific purposes.

The designer's choice for a sans serif typeface fell on the U8, Anton Koovit's revival of typical 1920's Berlin subway signage, originally designed by the architect Alfred Grenander. Anton and I both happened to work freelance for Luc(as) de Groot at the time, which is a complete coincidence and just another one of these nice, small-world moments. Or as Camila would put it: "The world is a napkin" (#shoutOut).

This means that I drew four styles of the typeface: A Bold and a Light, each in Narrow and in Wide. Every font is an instance between those four masters, interpolated using the wonderful application Superpolator, created by Erik van Blokland. That way it is possible to meticulously determine the perfect visual weight and set width for a particular design job. It actually works very much like the old MultipleMaster technology. For the 48h job I established the two highlighted styles at the bottom in close collaboration with the two typographers. 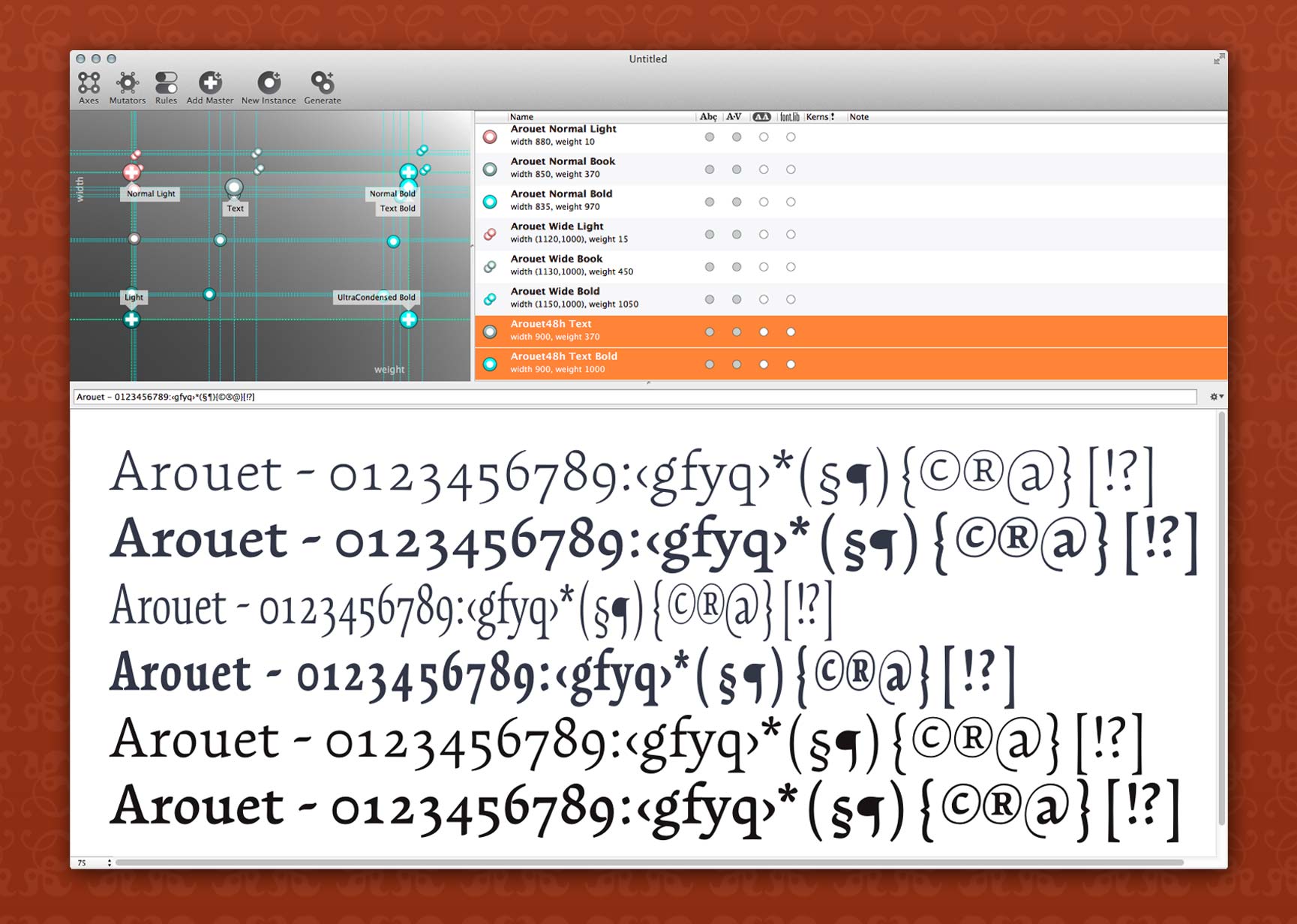 A microscopic view of the event schedule 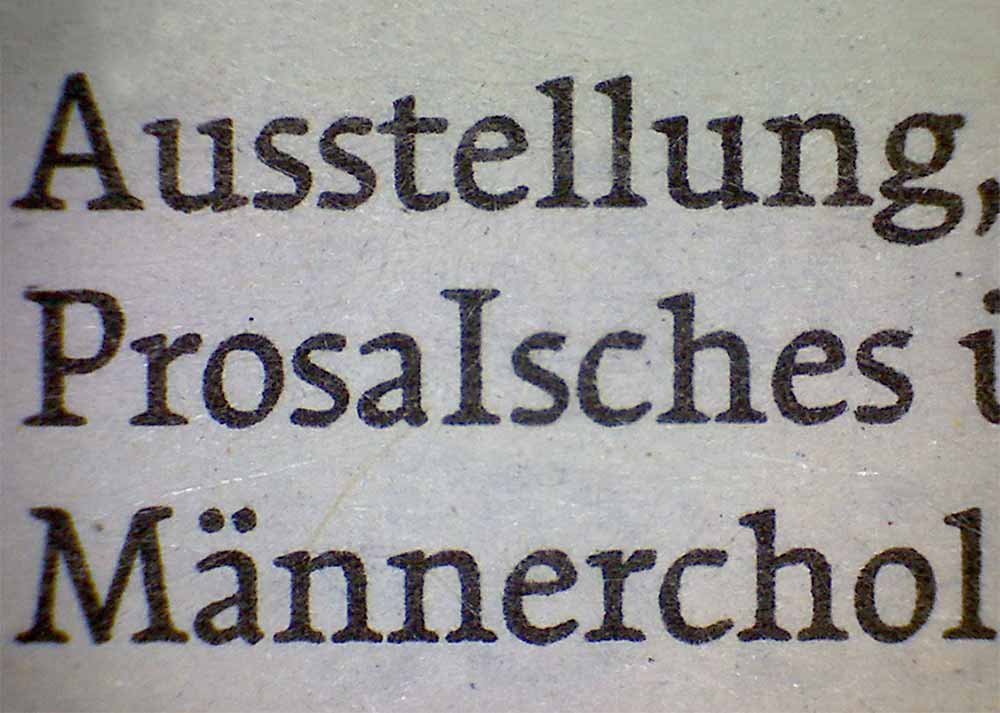 The exhibition in the designer's work space. 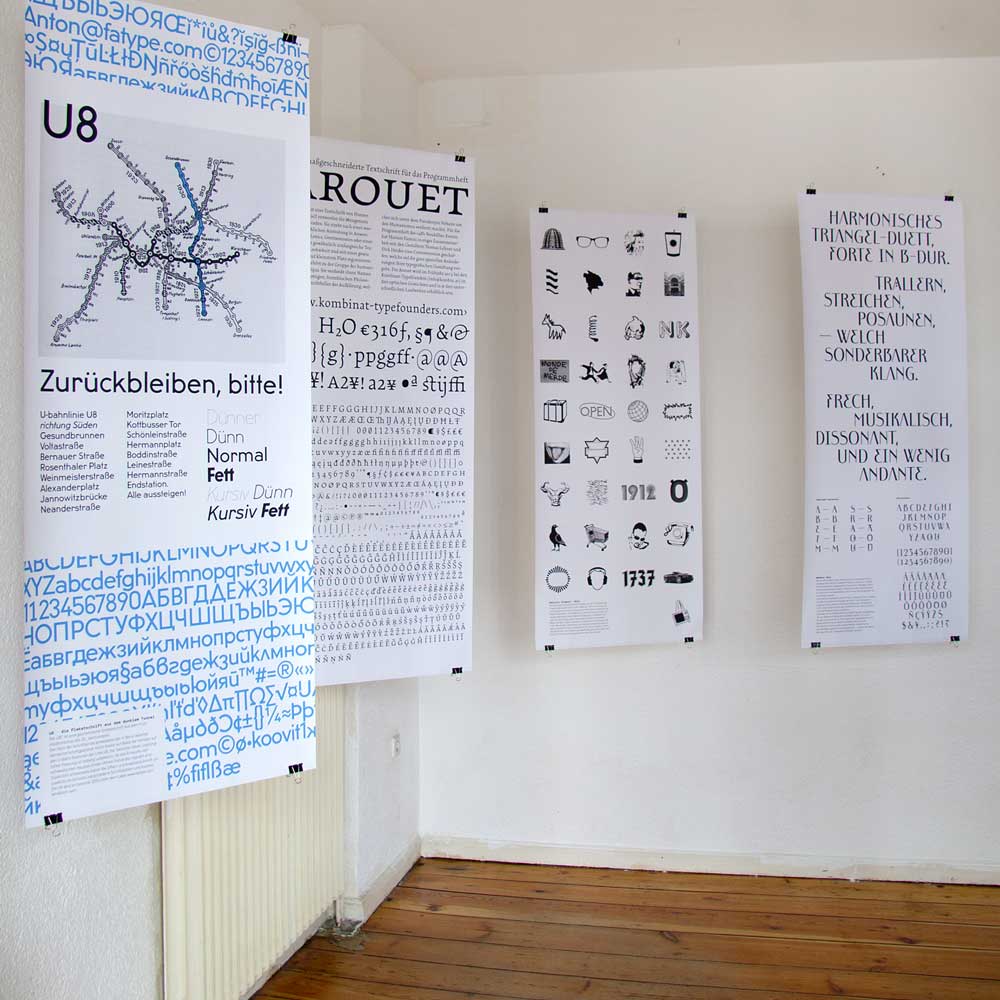 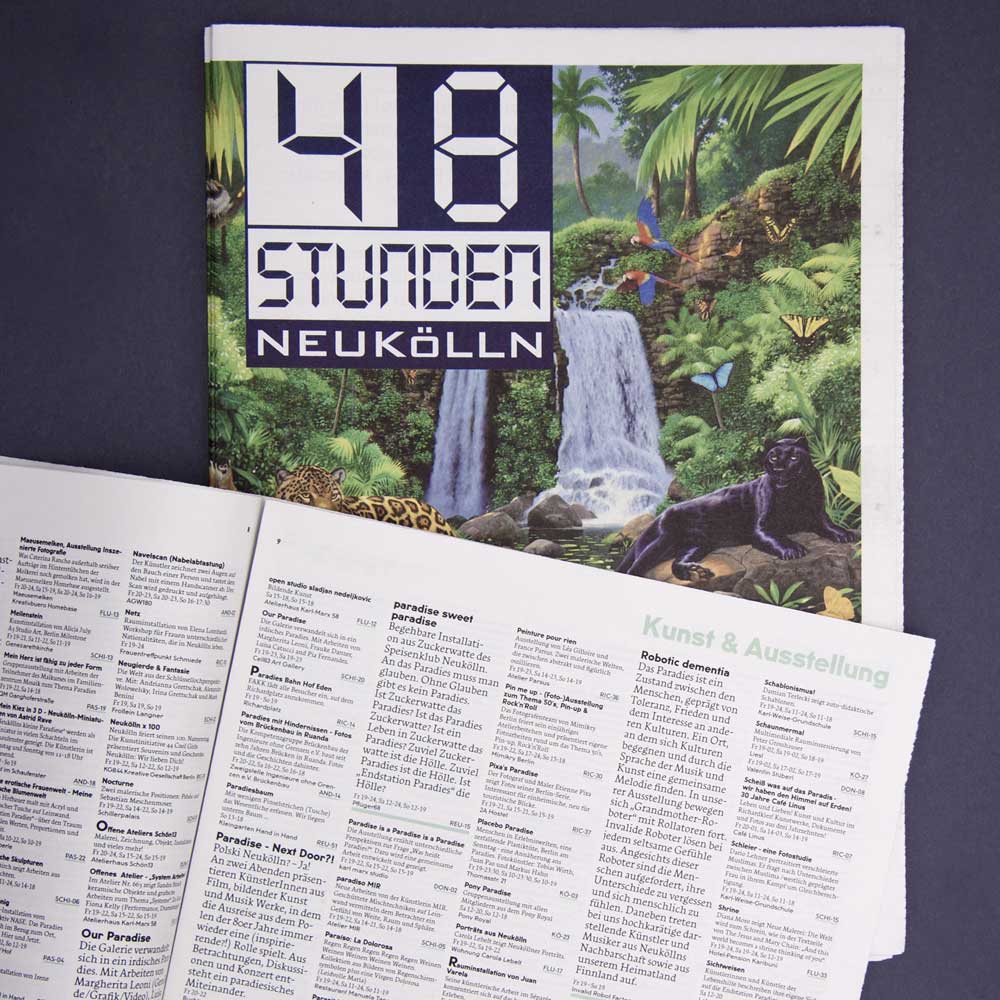 During the festival Thomas Lehner and Dirk Heider opened the doors of their workspace to the «48 Stunden Neukölln» public, presenting among other work, their design for the festival's program.

Who else was involved